Home » Blog » Beholding the Beauty of God in the Public Square 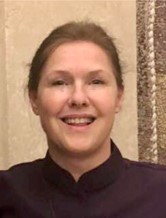 Returning the third transcendental, beauty, to the main artery of Christian theological thought was a major project of the theologican, Hans Urs von Balthasar:

Although the abandonment of beauty by theologians, philosophers and artists alike is far from being eradicated, what is strikingly refreshing about Reclaiming the Piazza III (2021) is that the via pulchritudinis, the way of beauty, takes its long awaited (and rightful) place alongside its transcendental sisters, goodness and truth. In Part 1 of the book there are no less than six chapters dedicated to exploring and understanding their iinseparability of their co-equal relationship.

Exploring faith through the visual arts is just one of the ways in which we encounter and behold the beauty of Christ. What this means is that the act of beholding the Christ, even if we see but a dim reflection as in a mirror (1 Corinthians 13:12), bears transformative qualities which en-Christens the beholder. As von Balthasar writes:

That is, in beholding the glory of Christ, the beholder is open to the process of being united  to and transformed into the likeness and image of God. For Balthasar, the act of beholding the form leads to ‘a mediating vision which occasions a ‘rapture’ and a ‘transport’ to an ‘Eros-love’,[3] which is identified through two moments, namely ‘beholding’ and ‘perceiving’.

As St Irenaeus of Lyons maintained:

What does it mean to behold the glory of God?If we apply Balthasar’s two moments of ‘perceiving’ and ‘beholding’ to viewing and understanding Christian art, then the viewer experiences the beauty of the form (Christ) through the site of its beholding – the moment when the viewer aesthetically encounters the image in the light of faith. The act of beholding attaches the beholder to that which is beheld. This, in part, is achieved through contemplating the form, which opens the beholder to be enraptured and transported beyond the image into the realms of divine love. As Julian of Norwich writes in Chapter Ten of Revelations of Divine Love:

Thus, the act of beholding (vision) enables the beholder to encounter the form, while the beauty of the splendour of the form is perceived through the power of being enraptured. Balthasar claims that it is this process that draws, pulls and ‘transports the believer up into God’s world.’

That is, the beholder is not merely viewing a sacred image to look at, understand, and enrich their knowledge. Rather through the site of its beholding they seek to unite themselves to that which they behold, and are thus (open to) the possibility of participating in an act of spiritual communion. As St Augustine of Hippo said in a homily on the Eucharist:

Sr Carolyn is a Religious of the Sisters of the Assumption.